When radical Islamists murder Christians in Nigeria, the government lists their deaths as having other causes, according to new report released by Nigeria’s International Society for Civil Liberties & the Rule of Law.

Since 2009, 34,400 Christians have been murdered by radical Islamists, with 2,200 slain in the last year, the report says. Radical Muslims have also killed an estimated 20,000 moderate Muslims.

” … the most dangerous dimension to radical Islamism in Nigeria is its secret rise and spread and clandestine control of state power through Fulani Jihadism. In other words, the Nigerian Government’s major local and foreign policy direction, in clandestine practice, is ‘Fulani Jihadism’ — a policy pursued with utter alacrity and through different colors and disguises including pro-jihadist or radical Islamic policies and conducts. To cover up these, the present Nigerian government has also created an international machinery of falsehood and propaganda with well-funded or oiled international lobbying campaigns targeted at misinforming and misleading key and strategic international legislative, diplomatic and democratic institutions or bodies especially the EU, U.S., U.K. and Australia and their Parliaments; the Commonwealth and the U.N. and other internationally respected state and non-state actors,” the report states, in part.

“What the government here is doing is mapping out strategies. [It’s] a kind of script that’s given to media, local media and what have you,” Umeagbalasi said.

According to Umeagbalasi, Nigeria’s government tells media that Fulani tribe herdsmen travel south fleeing desertification and kill during conflicts with local farmers. The truth is that Fulani tribesmen travel south because they are radical Islamists looking for Christians to kill. They don’t attack Muslim villages, and traditional cattle-grazing methods don’t support enough cows to justify fatal conflicts with farmers.

“Buhari sets aside the Constitution. He makes appointments without recourse to the Constitution,” Umeagbalasi continued. “In the Constitution, it is forbidden for the government to have a state religion. The Constitution made it clear that the composition of the armed forces of Nigeria should reflect regional or religious balancing, but the president is not listening to that.”

Instead, Buhari stacks the government with Muslims in positions of high authority, the Intersociety report said. Since Buhari’s 2015 election, Muslims have occupied 32 of the most important 39 positions in politics, security, lawmaking and the judiciary, even though Nigeria has even numbers of Muslims and Christians.

In June, five of Nigeria’s major Islamic groups made an alliance with each other to rise up against Christians. The killings of Christians in Nigeria aren’t random acts of violence, but a calculated attempt to conquer Nigeria for Islam, Umeagbalasi claims. 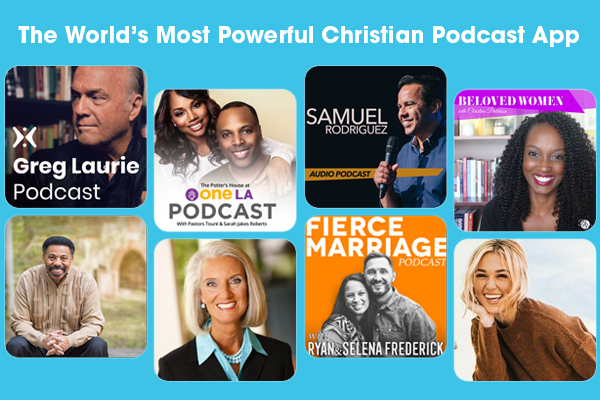 “The country is being taken over by the caliphate,” he said. “When they are done in the north, they will now come to the south.”

In response to the rise in attacks, Nigeria’s government has done little or nothing, the report says. They consistently under-report casualties of Christians. Sometimes, the government buries murdered Christians using Muslim funeral rites in an attempt to convince the world that Christians aren’t under attack.

Rather than sending the military or police to defeat heavily armed terrorists, the Nigerian government orders its forces to stand down and retreat if fired on, said Umeagbalasi. In some cases, the Nigerian Army allegedly participate in the killing of Christians.

Some Christians in the Army told him that commanders who tell their soldiers to fight terrorists get transferred to assignments where they can’t make the country safer.

“The leaders of Christian victim communities in Southern Kaduna told Umeagbalasi and Intersociety that their vigilantes mobilized to join soldiers in trailing the Fulani Jihadists after they have attacked Christians in their areas and escaped, had come back telling them that those soldiers told them not to shoot the Fulani Jihadists when sighted and under attack because there is existing instruction or order from above not to shoot or arrest them (Jihadist Fulani Herdsmen) and that any senior army or military officer that flouts or goes against the order or security code stands the risk of being set up and premature retirement or being transferred to heavily insurgency affected areas,” the report noted.

Aid to the Church in Need (ACN)’s #RedWednesday event yesterday (25th November) featured testimonies from those living day by day with persecution, including kidnapped teenager Maira Shahbaz and Nigeria’s Archbishop Kaigama, who had one of his priests kidnapped earlier this week.

The event, which focused on Christians unjustly detained for their Faith, can be watched on YouTube at https://www.youtube.com/watch?v=8IgmL2RIe9g&feature=youtu.be

Maira Shahbaz, a 14-year-old Christian girl from Pakistan, described how she had been abducted, forcibly converted and made to marry against her will, as well as being “blackmailed, tortured and badly abused”.

Having escaped from her captor, she is now living in hiding.

She said: “The lives of me and my family are at risk in Pakistan. We are constantly receiving death threats. We are extremely scared and concerned about our security.”

He highlighted the cases of Leah Sharibu – who is still being held by militant group Boko Haram – and kidnapped seminarian Michael Nnadi, who was killed by his abductors.

The archbishop also mentioned other threats, starkly warning that: “The Christian-dominated Middle Belt and some parts of northern Nigeria will have no future if groups like Boko Haram and allied terrorist groups continue to harass them.”

Also speaking at the event, which was chaired by Neville Kyrke-Smith, national director of ACN (UK), and Rehman Chishti, the former Prime Minister’s special envoy for freedom of religion or belief, were Bishop Michael Nazir-Ali and former MP Rob Flello.

ACN Head of Press and Information John Pontifex also gave an overview of the charity’s new Set Your Captives Free report, focusing on the unjust detention of Christians.

The Judge commissioned by the Stormont Executive to review hate crime in Northern Ireland has recommended major restrictions on free speech.

In a report stretching to 997 pages, Judge Desmond Marrinan recommends scrapping the existing protection for those who disagree with same-sex marriage.

He also recommends not including the defences for freedom of expression present in the Public Order Act 1986 for religion and sexual orientation. This is despite 97 per cent of individuals who responded to the consultation supporting such a move.

Currently, free speech on the issue of same-sex marriage is explicitly protected in Northern Ireland law under the Public Order (Northern Ireland) Order 1987.

It says: “Any discussion or criticism of marriage which concerns the sex of the parties to marriage is not to be taken of itself to be – (A) threatening, abusive or insulting or (B) intended to stir up hatred or arouse fear.”

Judge Marrinan recommends that this defence is repealed.

But when asked: “Should the defences of freedom of expression present in the Public Order Act 1986 for religion and sexual orientation be specifically added as defences to Part III of the Public Order (Northern Ireland) Order 1987?”, 97 per cent of individual respondents and 48 per cent of organisations agreed.

The report adds: “Respondents’ comments indicated that they strongly endorsed retention of the express defence of freedom of expression for same-sex marriage”.

Judge Marrinan also recommended adding transgender to the legal definition of hate crime within a new protected characteristic of “sex/gender” but without providing an additional free speech clause.

In response, The Christian Institute’s Deputy Director for Public Affairs Simon Calvert, said the report “should worry anyone who cares about freedom of speech”.

“No matter who you are or what you believe in, if these draconian proposals become law you could find yourself on the wrong end of them.

“The report declares the belief that you can change your sexual orientation to be ‘insulting and abusive towards homosexuality’. But people do change. Some who used to be heterosexual are now homosexual and vice versa.”

Mr Calvert concluded: “The Marrinan report’s ideology strikes at the heart of the Christian faith because it is a faith that requires us to change how we live, including our sexual behaviour”.

“The Apostle Paul wrote that the church in Corinth included believers who used to practise homosexuality. Does Lord Marrinan want to make it hate crime to read from 1 Corinthians?”

In a detailed legal opinion released in July, free speech and human rights specialist Ivan Hare QC argued that the absence of key freedom of expression provisions like those in England and Wales would leave free speech in Northern Ireland “more vulnerable” to infringement.

The following month Thomas Ross QC also warned the plans could result in people being taken to court for disagreeing with same-sex marriage.