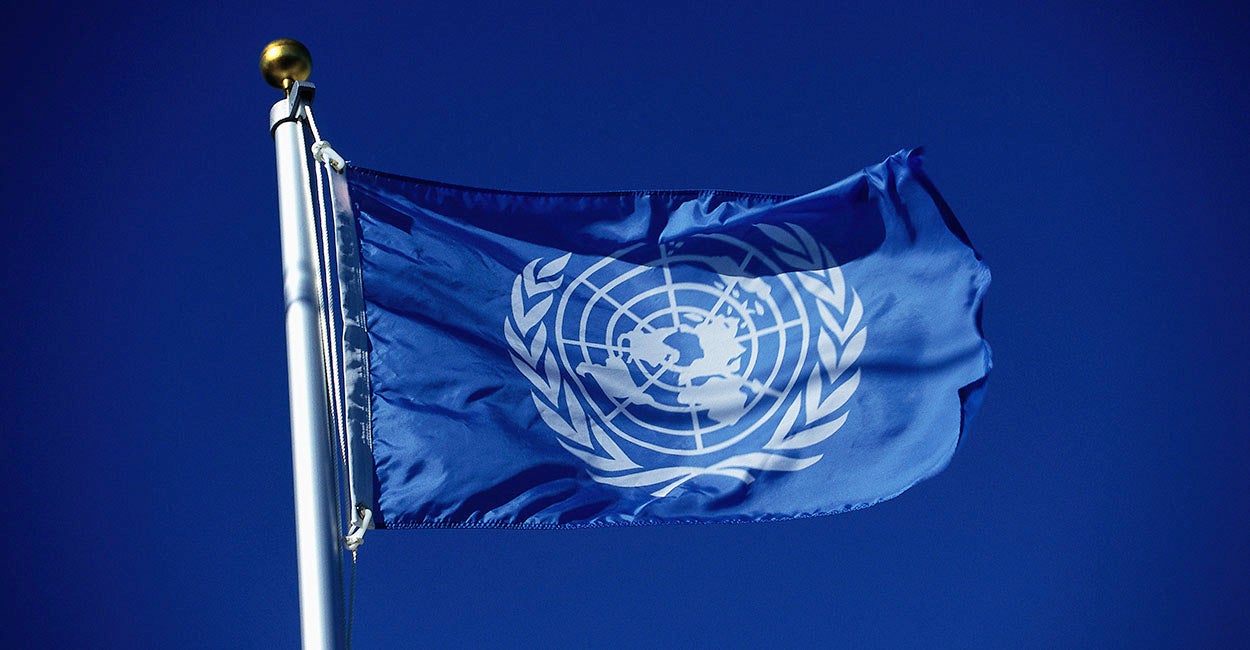 The United Nations report goes so far as to suggest an expanded role for the state in doctrinal matters if a religious institution has “harmful discriminatory gender norms.” (Photo: Lawrence Manning/Getty Images)

Emilie Kao is director of the Richard and Helen DeVos Center for Religion & Civil Society at The Heritage Foundation.

Shea Garrison is vice president for international affairs for Concerned Women for America.

Billions of people around the world exercised their religious freedom during Holy Week, but a new United Nations report threatens to undermine both this freedom and women’s rights.

The report of Ahmed Shaheed, the U.N. expert responsible for protecting religious freedom, advances a “progressive” agenda of abortion and new “rights” based on membership in sexual identity groups.

It seems the U.N. is willing to trample the rights of the vulnerable and undermine the credibility of universal human rights to promote the values of a small number of wealthy countries—a travesty the Trump administration should oppose.

The report to the infamous U.N. Human Rights Council undermines the empowerment of women and girls by lumping their concerns together with novel claims based on sexual orientation and gender identity. It includes a controversial interpretation of “gender equality” that promotes acceptance of transgender ideology and the concept of multiple, fluid, “gender identities.”

In these trying times, we must turn to the greatest document in the history of the world to promise freedom and opportunity to its citizens for guidance. Find out more now >>

At one time, “gender equality” referred exclusively to decreasing the many inequalities that women face. But the U.N. bureaucracy has begun attempting to redefine gender to include “gender identity,” referring both to women who identify as men and men who identify as women.

In some nations, the creation of new rights based on gender identity has reduced safety and privacy for women and girls in places like shelters, prisons, and public restrooms. It has also decreased their opportunities to excel in athletics by forcing them to compete against biological males.

By focusing on the promotion of abortion and LGBTQ rights, the U.N. report turns the focus away from serious and pressing issues facing women and girls worldwide. Women comprise 52% of the victims of human trafficking each year, but the report makes no mention of this or of the work that religious groups do to combat it.

Eighty percent of the global population faces high restrictions on religious freedom, and many of these victims are women. But the report pays only superficial attention to this issue.

Instead, much of the report focuses on religion as justification for human-rights violations. The report accurately describes a few instances where religion is cynically used to justify human rights abuses perpetrated against women of minority faiths, including rape, forced sterilization, and forced abortion.

But then the report shockingly conflates conservative religious beliefs about life, marriage, and biological sex with religious justifications for abhorrent human rights violations.

Many women, as well as men, hold conservative religious beliefs, but the report treats their freedom to live according to these beliefs as secondary to abortion and new claims to rights based on sexual orientation and gender identity. No international treaty recognizes a right to abortion, but the report simply asserts that one exists and that it trumps a medical provider’s right to conscientious objection.

The report goes so far as to suggest an expanded role for the state in doctrinal matters if a religious institution has “harmful discriminatory gender norms.” It goes as far as to criticize religious believers in Africa who oppose introducing school books that promote homosexuality.

All people have human rights because of human dignity, including those who identify as LGBT, but this report bypasses the treaty negotiation process to simply assert that beliefs about sexual orientation and gender should trump the internationally-recognized human right of religious freedom.

Where treaties are silent, the U.N. bureaucracy should respect member states’ sovereignty and freedom to make their own laws. When a new right is asserted, it should be scrutinized to determine if it violates fundamental human rights. The established process by which member states debate and vote should be followed.

Bypassing this process devalues the votes of member states, particularly those that are small or poor. It opens the door to criticism that human rights are just a pretext for imposing Western values. The Holy See pointed this out, calling the report “ideological colonization.”

The Trump administration has taken bold steps to protect human rights, including by elevating the voices of women who survived the Islamic State genocide, Boko Haram, and the Holocaust. By hosting two groundbreaking ministerial summits on protecting international religious freedom, the U.S. has also created important multilateral alliances.

These alliances can do a great deal of good to protect this fundamental human right, including for women and girls. The U.N. bureaucracy should be a partner in this effort, not an adversary.

But for this to happen, the United States and like-minded allies must hold U.N. bureaucrats accountable for protecting human rights according to the texts of treaties, rather than undermining their very purpose.

Originally published in The Washington Times