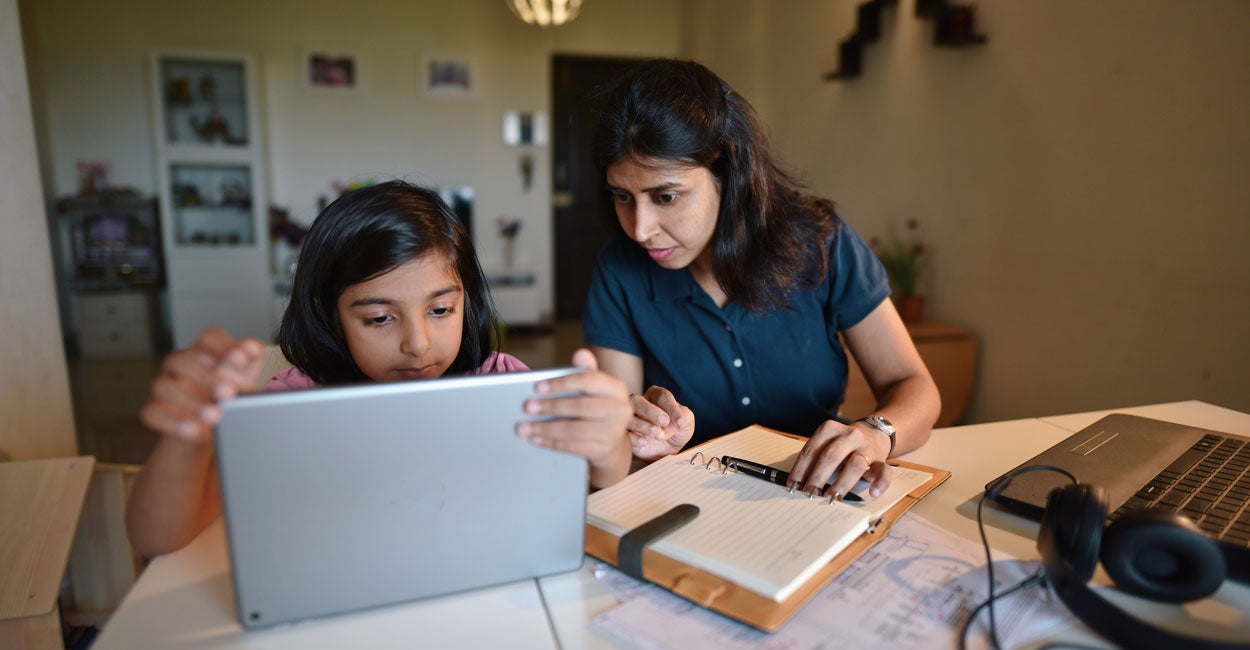 An article in Harvard Magazine peddles stereotypes about parents using homeschooling as a guise for abuse and paints homeschool parents as incompetent and stupid. (Photo: Mayur Kakade/Getty Images)

Nicole Russell is a contributor to The Daily Signal. Her work has appeared in The Atlantic, The New York Times, National Review, Politico, The Washington Times, The American Spectator, and Parents Magazine.

In what has to be one of the most outrageous, misguided—frankly, garbage—pieces of elitist propaganda this year, Harvard Magazine and Harvard Law School have teamed up to attack homeschooling, of all things, in a clearly coordinated one-two punch.

Both attacks are baseless, stereotypical, and fundamentally flawed because they are rooted in the dangerous belief that the state has more authority over a mother’s child than she does.

In the May issue of Harvard Magazine is a piece by Erin O’Donnell headlined “The Risks of Homeschooling.” Sure, on its face, that sounds benign enough. I homeschooled my four children for six years, and I’d grant there are a few risks to that education model, just as there are to public and private schools.

Turns out, the article doesn’t weigh pros and cons to homeschooling, which now is being tried by countless Americans as a result of the COVID-19 pandemic. In fact, the article lacks any nuance whatsoever and instead acts as a vehicle for a biased onslaught of secular statism against parental rights.

In these trying times, we must turn to the greatest document in the history of the world to promise freedom and opportunity to its citizens for guidance. Find out more now >>

O’Donnell launches her hit piece on homeschooling with the premise that children have rights equal to or greater than their parents, and the state actually has more rights than the homeschooled child’s parents do. She begins by quoting Elizabeth Bartholet, an authoritarian, radical professor of public interest law who says she “recommends a presumptive ban” on homeschooling.

Bartholet, also faculty director of  Harvard Law School’s Child Advocacy Program, says that “homeschooling violates children’s right to a meaningful education and their right to be protected from potential child abuse,” and that parents have “authoritarian control over their children.”

Bartholet observes, wrongly, that since there are so few regulations, parents may not teach their children anything, or in fact may be abusive.

Bartholet was one of several professors who organized an anti-homeschooling conference at Harvard Law School scheduled to take place in June. A description of the conference, which is invitation-only, says: “The focus will be on problems of educational deprivation and child maltreatment that too often occur under the guise of homeschooling.”

One solution offered on the conference site for the problems created by homeschooling is, again, simply to ban it altogether.

The problems with this Harvard Magazine piece and the scheduled conference at Harvard Law School are multifaceted.

O’Donnell’s article peddles stereotypes about parents using homeschooling as a guise for abuse, which is incredibly rare, and paints homeschool parents as incompetent and stupid, which is also incredibly flawed. Statistics show parents who homeschool actually tend to be more educated and wealthier than parents who don’t.

The magazine cover is my favorite part: The illustration shows a boy imprisoned in a “house” made of books as his public and private school friends frolic happily outside. The books are, of course, titled Reading, Writing, Arithmetic, and—my personal favorite—the Bible.

Not only did the fantastic illustrators at Harvard Magazine spell “arithmetic” wrong (as “artithmetic”) and later correct it, but the insinuations are obvious: Homeschooled children are imprisoned by religious zealots who educate their kids at home because they fear the outside world, with all its secularization and happy children.

Again, few things could be further from the truth. Statistics show parents who homeschool actually do it so they can provide a more academically rigorous education than the one their kids would receive elsewhere. They don’t do it solely for religious reasons.

And as far as play and exercise: My 13-year-old, who was homeschooled until sixth grade, looked at it the illustration and laughed. He misses the days when he could get school done in four or five hours and play outside the rest of the day.

In fact, parents homeschool for precisely the reason the article presents: They want to keep their children from progressive indoctrination that’s as biased as it is flawed.

Beyond all of this nonsense is the article’s single largest flaw, which is so obvious it’s hard to believe the thesis passed the inspection of a decent editor: These Harvard elitists don’t bother to hide their disdain for traditional family, parental rights, or the topic of homeschool education, which has increased in popularity in the United States over the past decade.

Despite this increase, by the way, fewer than 5% of children are homeschooled in the United States. From reading this article, though, you’d think homeschooling was the predominant model of education because it’s painted as such a pervasive threat.

Children do not belong to the state, at least not in America. Parents have the right, an inherent gift from God, to care for their little people until they are old enough to care for themselves.

It is the parents’ responsibility, nay, privilege, to teach their children everything from how to use the bathroom to how to do long division to how to process emotions and how to drive a car.

Parents can and should do everything they can to instill their values and pass down their beliefs, whether they choose to send their kids to school, educate them at home, or a mix depending on the year and season of life.

Typically, I’m not surprised by leftist propaganda. But when it comes to Harvard University, I am surprised and disappointed. Harvard should know better. After all, the university accepts homeschool students and expects them to thrive.

It’s humanist garbage to peddle an article and a conference that presume children are the property of the state and that homeschooling is dangerous and must be banned. And the garbage is where this belongs.