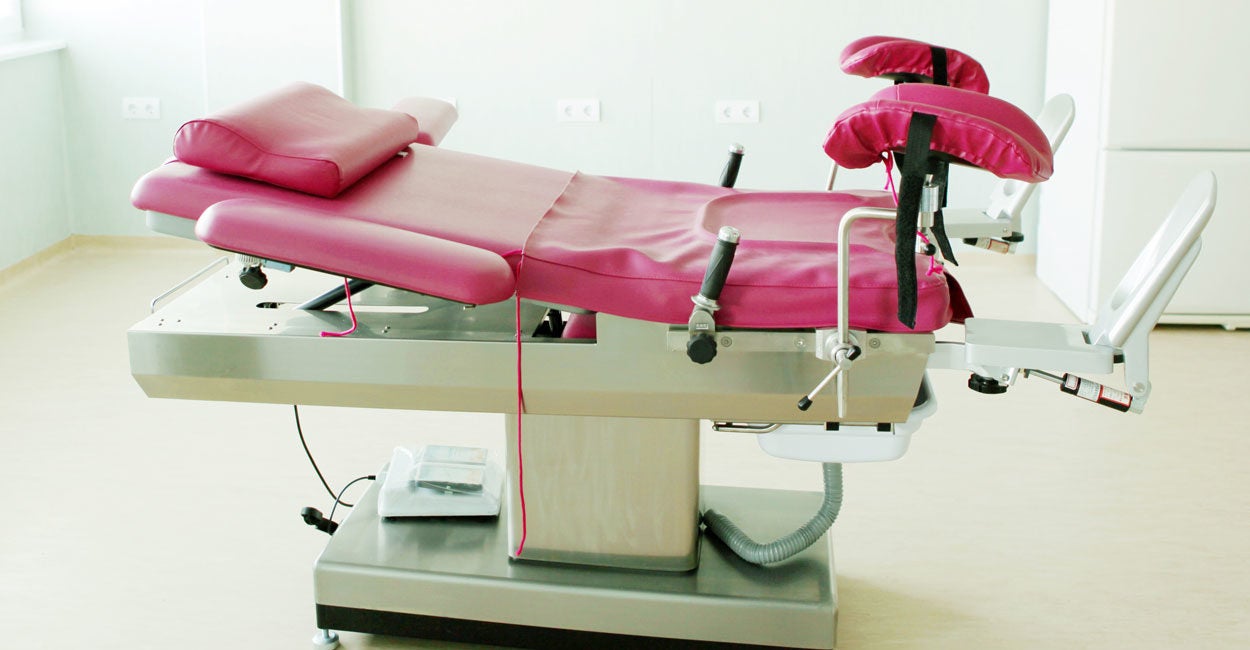 “I knew that I couldn’t stand for what abortion does. And so, I chose to take a stance and to speak out,” abortion survivor Claire Culwell says. (Photo: Getty Images)

When she was 21 years old, Claire Culwell found out a huge secret about her past: her biological mom had tried to have an abortion when she was pregnant with Claire and her twin. While Claire’s twin didn’t survive, Claire did—and that revelation changed her life. “I knew that I couldn’t stand for what abortion does. And so, I chose to take a stance and to speak out,” she says. Listen to her interview on the podcast, or read the lightly edited transcript of our conversation, pasted below.

The Daily Signal podcast is available on Ricochet,iTunes, Pippa, Google Play, or Stitcher. All of our podcasts can be found at DailySignal.com/podcasts. If you like what you hear, please leave a review. You can also leave us a message at 202-608-6205 or write us at [email protected]. Enjoy the show!

Katrina Trinko: OK. So, we’re at the Values Voter Summit with Claire Culwell. Claire, thanks for joining us.

Claire Culwell: Thanks for having me.

The demand for socialism is on the rise from young Americans today. But is socialism even morally sound? Find out more now >>

Trinko: OK, so, first off, you are an abortion survivor. Tell me about that.

Culwell: I met my birth mother in 2009; so, 10 years ago, and I had a gift for her, and I ended up thanking her for choosing life for me and giving me my family. And that was the moment she broke down into tears and shared with me about being pregnant at 13 years old.

She was in eighth grade, and she said she found herself pregnant, approached her mother. Her mother took her to an abortion clinic, and she had a dismemberment, a D&E abortion at 20 weeks, around 20 weeks.

In fact, a few weeks later she went back, because she said things didn’t seem right, and that’s when they told her that she had actually been pregnant with twins, and that they had successfully aborted one baby, but that I had survived.

And so, I was born at 30 weeks. I had a dislocated hip and club feet from being a twin. I was in a body cast for a little while to correct those things.

But when she shared this with me, obviously, I never imagined I would find something like that out. I thought the worst thing that will happen will be, she won’t want to meet me. But instead I found out that I had survived something that was meant to take my life.

Trinko: So you had no idea before you met her that you had survived an abortion?

Culwell: I was adopted. So, I was placed for adoption, and since my birth mother was 13, and because they were [closed] adoptions back then, the majority of adoptions were, we didn’t know anything about my birth mother until we met her.

Trinko: How did you feel when you first found that out?

Culwell: When I first learned that I had survived my birth mother’s abortion, I remember not feeling sadness for myself, but looking into my birth mother’s eyes and seeing this deep pain that I somewhat identified with.

I mean, I had had hard things happen in my life, but I had never, I knew just from looking into her eyes that I had never experienced that level of pain, that deep pain that she had experienced, and so I knew that I couldn’t keep it to myself.

Trinko: And was it strange to realize that you had originally had a twin?

Culwell: I think that it kind of fit some of the pieces of the puzzle together for my life for me. I remember growing up and wanting a brother; specifically, a brother. I had a sister through adoption, but I felt like something was missing. And so, I do think that that was my natural instinct, because I lived five months in the womb with my twin, and so I knew him or her.

And so yeah, it is crazy. It’s surreal to think that I am literally missing probably my other half, you know? But it gives me reason to fight and to speak out in truth, because I imagine what our lives would have been like if my twin had been here, and it would’ve been very different for us.

Trinko: So, before you found this out, and you mentioned you were just 21, did you consider yourself pro-life? Did you have a view on abortion before this?

Culwell: I am adopted, and so, I think I would have told you back then that adoption was always a better option than abortion, but did I ever use that terminology like I’m pro-life? No, it wasn’t something that I ever thought about.

Like, “OK, how do I feel about this? What does this mean? What does abortion do to a child or to a little girl like my birth mother or to a woman?” And I knew that I couldn’t stand for what abortion does. And so, I chose to take a stance and to speak out.

Trinko: Now, you’ve been speaking out for several years now. Has anyone who identifies as pro-choice, have they approached you? What has the response been from people who aren’t pro-life?

Culwell: It comes up in conversation … daily for me. All I have to do is sit down on an airplane, and it’s small talk. What do you do? What do you do? And it comes up. And so, I’ve had a lot of different responses.

A lot of people don’t want to hear it, and they will say, “Well, that’s interesting, but I don’t believe that happens.” And, “That’s imaginary. You must have made that up.” And it is …

Trinko: That’s so insulting to be like, “You must be crazy.”

Culwell: It can be hard to hear, but you know, I look at those instances as an opportunity to plant a seed. I got them to hear my story, and they’re going to go home and think about it.

I mean, how could you not go home and think about someone that survived an abortion? Something so eye-opening. But I think the majority of people, they hear my story and they see, “OK, I can actually see a physical person. I can see your face. I can hear your name. And so, this baby that is aborted grows up to be someone just like you.”

And so, they can really grasp onto that and identify with that. And it helps to put a face with what the issue of abortion is really dealing with, and I found that a lot of people do change their minds after seeing an abortion survivor.

Trinko: So, what do you think pro-lifers should be doing right now?

Culwell: I firmly believe that we need to speak love and truth and have our actions speak louder than words. You’ve heard that before. But I think that there are so many different movements that people can grasp onto and just different ways of approaching the life issue, but if you’re in prayer and if you’re speaking truth and love, and you’re reaching out to these women in love and telling them that we can help them, you can’t go wrong.

I think that every single woman or man or family that is entering into an abortion clinic and considering abortion is looking for a sign and looking for a way out.

And if you can imagine somebody holding out graphic signs and yelling, that’s not as welcoming, right? It may not be wrong, necessarily, but someone that is lovingly saying, “I’m here for you. I can help you.”

That is what women are looking for and what will help them choose life and feel empowered, because that’s what women need to feel. And that’s what we need to be voicing to them, is that they’re strong enough not just to have a career, but to have a family and continue on with their life and continue on with their career, because women are strong enough and capable of doing all those things.

Trinko: So, we’ve seen a surge in abortion extremism in the past year. Several states either passed or looked at passing laws that would have allowed abortion up to birth.

How do you as an abortion survivor feel about that, and how do you feel when so many liberal politicians seem willing to say that? “Yes. Anytime up until the very moment of birth it is OK to end this child’s life.”

Culwell: I remember what it felt like when New York lit up the Empire State Building pink in celebration of a woman’s right to choose late-term abortion. To me, all these people were celebrating this, and they thought it was this incredible thing. And then I’m standing there, and there’s other women just like me who have survived abortions or have had abortions themselves, and we’re standing there thinking, “Do they not see me? Do they not hear what I’ve been through? Do they not feel how abortion has hurt me?”

And so, when politicians and when states are celebrating these late-term abortion rights, it almost takes my breath away, because I think, “OK, they’re celebrating the right of women, and yet they’re not acknowledging mine.”

Trinko: And you’re a mom yourself, right?

Trinko: And what was the experience of pregnancy like for you? I mean, did it feel, I would imagine that, coming as an adopted child, it must have been a very emotional experience.

Culwell: I had an incredible childhood as an adoptee, and so, I actually have three children. I have two that I have chosen to be a mother to. I married a single dad, and so, I’ve had the privilege of raising them. And then I have one biological daughter. And so, I’ve only had one pregnancy, and that was extremely eye-opening for me, because I realized that if my life had been taken through abortion as it was meant to, as my twin was, that my little girl wouldn’t be here.

And so, I think that was the experience, the really eye-opening experience, for me was being pregnant and realizing the true domino effect that abortion has because my daughter’s life is now a miracle, too, because I lived to tell about my birth mother’s abortion.

Trinko: It’s beautiful. And I have cousins who are adopted, and we’re so grateful to their birth moms that they chose life for them, and yes, I love the way you say it, “I chose to have my daughters.”

Culwell: Adoption is such an incredible thing, and people often ask me, “Claire, why have you been able to respond in such a positive way? How have you been able to forgive your birth mother?” It truly is because of the family that I was adopted into and the way that I was raised. I knew without a doubt that my birth mother was already forgiven, and so I knew that I should forgive her, too.

Trinko: Well, thank you so much for sharing your story with us.

Culwell: Thank you for having me.